Go link up with Xmas Dolly for
Monday's Music Moves Me...

Being as this is a  "Freebie" week I decided this is what I wanted to share this week & I hope you don't mind (& I know you won't).

I saw a video over the weekend that actually made me shake and tears came rolling down.  I lost a child not from Cancer, but does it matter.... This video really touched my heart.  I lost my Dad to lung cancer, my mom had breast cancer, but she beat thank the Lord, but to think that all these children you're going to see actually put this video together with this song "Stronger by Kelly Clarkson I am totally speechless.   Bless this fighting hockey player, Chris Rumble that put it together.  My prayers for him and all his little buddies to beat his Leukemia and their Cancer too!  So let's get it on for them and then maybe a few prayers after that and maybe tonight too!

Here's an extended version of the behind-the-scenes footage. You've seen Stronger | Seattle Children's Hospital by cancer patient Chis Rumble.STRONGERNow just to living things up a tad here's an old one that use to really get me rollin' drivin' along in the car.  Do you remember the "Hansons" (such cuties)
<!-- start LinkyTools script -->
<script src="https://www.linkytools.com/thumbnail_linky_include.aspx?id=300596" type="text/javascript"></script>
<!-- end LinkyTools script —>
PEACE, LOVE AND ROCK & ROLL! 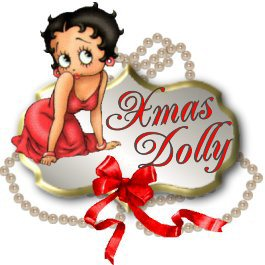 This policy is valid from 01 January 2010
This blog is a personal blog written and edited by Marie Moody 100%. This blog may accept product samples for review, forms of cash advertising, sponsorship, paid insertions or other forms of compensation.
This blog abides by word of mouth, marketing standards, and freedom of speech. We believe in honesty of relationship, opinion and Identity. The compensation received may influence the content, topics or posts made in this blog. That content, advertising space or post will be clearly identified as paid or sponsored content.
The owner(s) of this blog is compensated to provide opinion on products, services, websites and various other topics. Such compensated opinions may be classified as "sponsored post", "public service announcement" or "press release"Even though the owner(s) of this blog receives compensation for our posts or advertisements, we always give our honest opinions, findings, beliefs, or experiences on those topics or products. The views and opinions expressed on this blog are purely the bloggers' own. Any product claim, statistic, quote or other representation about a product or service should be verified with the manufacturer, provider or party in question.
All opinions expressed are solely my own and that of my family/relatives.

XmasDolly is still jingling along!!!

This is the doll my dad gave to my mom in 1943 when he was in the army! She was on a heart-shaped box of candy for Christmas! It was one of my mom's most precious mementos!!!